Presented for your amusement are two versions of an often-repeated sight gag involving the sport of football from the pulps. Both are take offs on the same theme.

The first is a mature version of the old Peanuts comic strip's Lucy and the Football bit. 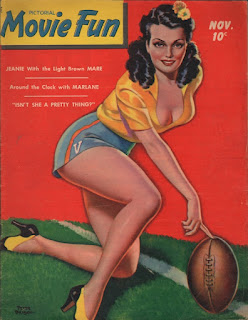 Talk about freezing the kicker. 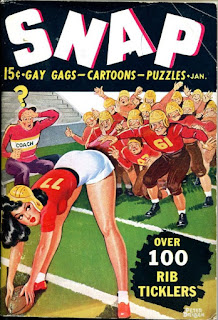 While there has been some talk of women playing football, Center is not usually the position mentioned. 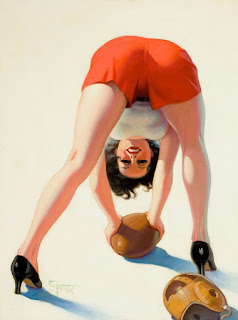 This will mess up the snap count.