Long term readers of this blog and website know full well of my love of the type font Comic Sans.  In execution, it is vaguely comic book-like. It stands out in chapter headings and as emphasis in the middle of a sentence. Weird Detective Mystery Adventures, our tribute role-playing game to all things pulp adventure, makes extensive use of the font. In small doses, it is fine.

It is, however, not real. No comic book has ever used Comic Sans nor anything like it. There have been several standards for comic book lettering—some of them actual fonts produced by old time strip spewing font machines—but Comic Sans was never one of them. Only certain greeting card companies made extensive use of it. As a font, it has a number of drawbacks.

Comic Sans scales poorly. The between line space is erratic, often dropping the distending letters of words with g, j, p, q and y. Worse, it is not resident on most browsers, translating into a mash up of itself and spacing regimes belonging to Times Roman or some other fuxtard fontard. I will miss Comic Sans, but I am giving her up. From now on we are in Ariel, the most readable and widespread font in the Microsoft English World. Because blogs are meaningless if they cannot be read.

I have also received notice from my webhosting site Yahoo that they no longer intend to support the web construction tool that they gave me. I will therefore not be able to update my current pages in their current format, but am free to import them into Fuxtard Press where I can marvel with delight as my art elements and text race off like jumping beans. Or I can redo the whole damn thing in something that I can fathom.

I have opted to leave things as they are until I have a chance to learn a new system, locate my previous text and dedicate several months to reconstruction. Given that I will be relaunching WDMA again, I do have an incentive to do this. Time is another question.

Between the time of the notification and now, Yahoo was offloaded from Verizon and bought by a private equity firm which also bought AOL. The new entity will be called Yahoo, but I am not sure what it will be doing. I may have more than one interweb issue on my hands.

In any case, the Wonderblog is now the thing, the outlet, the single most updated space in our place.

I am not buying the fuel pipeline shutdown. I am not buying that it is hackers, Russian or otherwise. Moreover, I do not believe there is anything wrong with the pipeline, its controls or software. I think it has been shut off for the same reason OPEC shuts off Saudi Arabia or Iran. I think it’s a price rigging scheme, just as were the several rounds of suspicious refinery maintenance events which preceded it several summers ago.

Not long-ago oil was so worthless, so plentiful in supply

that producers had to pay someone to offload it from their tankers. We are at peak production. There is a Global Plague on which has reduced demand to a fraction of normal. Gas should be a buck a gallon. Yet prices go up.

I call foul. I call BS on the whole thing. 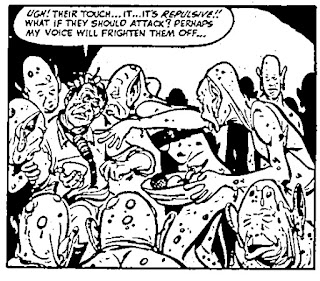 Let the record show that I have taken full advantage of my Western Privilege during this time of plague.  I live in a society which allows me to earn a living while sheltering in place. I can avoid contact with the world via ordering my every need to my doorstep. I have an abundance of personal preservation materials at my ready disposal should I need to venture out. As a member of several approved castes, I was allowed to obtain the best defense available to this malady and have availed myself of such. I am vaccinated, masked, and thriving. My only wants are for the contact with others my life afforded before. Even in this I have won out. At the start of this plague, I was on my own. Now I am aiding my loved ones, with them nearly every moment of the day. I am indeed a blessed person.

I am now a blessed person in quarantine. Mother’s Day brought contact with a person who has now tested positive for Covid. Just this day I and my housemates went to the drive-thru at our local Walgreens and had our tests proctored/self-administrated. I jammed a swab up my own nose and put the results in a disposable test tube, thus qualifying me for Level Zero as a Lab Tech. In several days, an actual Level One Lab Tech will get around to processing my tube, after which a qualified person will decide if I am diseased or not. Meanwhile, I play proto-zombie, staying away from folks lest I become a plague sprinkler.

I have no symptoms. The person who tested positive isn’t so lucky. And this person is now marooned in another state. Just when we thought it was safe to go back in the water, Jaws returns. Not to make light of this nor paint the matter more dire than it actually is.

Insert profound point here. This isn’t over yet. As long as there is time on the play clock for this misadventure, anyone can still lose.

Flying Cars Now Have a Timeline for Adoption

In 2019, Boeing and Porsche announced they were teaming up to develop an electric flying car concept. Neither company has given any indication of when this might ‘take off’, but in 2018 research by Porsche suggested that the urban air mobility market could start to gain traction as soon as 2025.

By the way, the Wonderblog has now been joined by a Bloomberg email blast covering autotech, from which the above was culled. As with Wonderblog, the Bloomberg mailer will cover Flying Cars and Electric Cars as its focus. We at the Wonderblog welcome them. Come on in, the water is warm.

Sadly, Bloomberg has been finding out in short order what it took the Wonderblog nine years to discern—neither Electric Cars nor Flying Cars are making linear progress. Both fields are fits and starts, two steps forward, one step back with a skip to my loo and a few sidetracks thrown in. 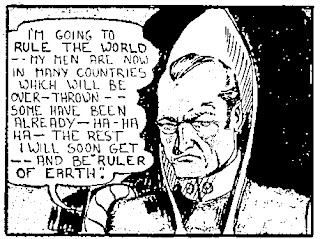 On the heals of Elon Musk’s appearance on Saturday Night Live, one does have to reflect on what the man’s true accomplishment is. Has he made the electric car a commonplace item? Is he the Edison or Ford of the EV concept—a concept that predates the advent of gasoline. Thus far his works are expensive, rare, unprofitable, and prone to explosion accidents. That’s when he bothers with the EV at all and isn’t attempting a corporate takeover of outer space or drilling into the planet or distributing new fangled flamethrowers. (Just what the world needs. A new flamethrower.) He is the blesser of crypto currency, a thing decried by the maggots in Omaha and other slingers of fact-based finance. Should we just accept that he is beyond our mere mortal comprehension and bask in his awesome glow shadow or do we call a Trump a Trump.

The auto world has always had these Elon Musk types. They swoop in from other fields and pigeon distribute their wisdom. After a bloom phase, something like the Pontiac Fiero gets squat out into production, after which the auto industry gleans its own messages. The point of the Pontiac Fiero was to prove that Demming Quality Circles could vastly improve automotive design and assembly. While this turned out to be a boon to the production of auto parts, the One Thought Solves All approach Demming championed was of limited utility in design and assembly. (See the Pontiac Fiero.) The Fiero’s follow-up, an entire division of GM called Saturn did not fare much better. At the time GM ran out of money, the government made it give up on distractions like Pontiac and Saturn. Demming and his circles went by the waysides, with the industry gleaning simply that people would buy cars mostly made out of plastic. (An idea first broached by one Henry Ford the first.) Once most cars became mostly plastic, the all plastic Saturn marquee lost its luster. (1)

There are a lot of Auto History allusions to people like Musk. He’s not Ford. Ford was about affordable mobility. He’s not GM. GM was about market share. He’s not Chrysler. Chrysler was about value for the dollar. In the auto sector, those are the ideas which have won. That leaves the non-winners: Locomobile, Packard, Hudson, Peirce, Stutts and the like. I believe Musk is analogous to Cord (2), a peddler of advanced and expensive products, destined for mass sidelining at the first market downturn. Everything’s fun when its fashionable to be rich. Those times don’t last. Make something people need and can afford or your firm will be bitcoin bankrupt in the next market meltdown.

Not to be so US-centric. The above referenced Porsche isn’t really Porsche, it’s VW. VW sells cars to humans. Porsche is sort of Buick where it comes from and Audi is… over-engineered Eurotrash crap meant to separate the unwary of disposable income. (3) Not to disabuse Bloomberg of hopeful tidings, but a report from 2018 projecting the demand for flying cars in 2025 is probably the only product of this partnership. They are already one plane behind Terrafugia at the same stage. Not a hopeful sign.

(1)  The Quality Circles also suggested that people didn’t like the car buying experience at all. In an effort to make it less onerous, the dealerships were ordered to not allow haggling and to ban their salespeople from deploying any of the time-tested tactics. Carmax has since adopted a similar strategy. The new Carvana chain aims to make trips to see your used car prior to purchase a thing of the past. In Saturn’s case, sales took a plunge and never recovered. And if you venture into your local Carmax, you will find creeping vestiges of the soft sale approach being enacted.

(2)  Cord’s makes were Duesenberg, Auburn and Cord. Duesenbergs were priced at the half a mansion level. Auburns priced at the same level as the average supercar. The for the masses Cord, a mini-Duesenberg, came in at the mere Mercedes price point. Of the three marquees, only Auburn was an actual production luxury car. Cord’s primary gift to the venture is that he figured out how to sell the Auburns. Oddly only the Cords and Duesenbergs are well remembered, although almost no one ever owned one.

(3)  Audi is a hold-over from that time when every European make needed to badge an unreliable performance car to compete with Jaguar. The thrill of owning a fine car which does not function still has a mysterious hold over the gentry.