Our print edition is now a reality--as in I really have spent some money and time to get our paperback edition to the stage where I have something to show people.  The hardcover awaits the approval of its ISBN and the issuance of a barcode.  I am hoping that will take place shortly.

Which brings me to our follow-up product in the WDMA line.  It's not soup yet, but I thought I would share with you the status of its cover. As you may recall, my original idea was something along the lines of: 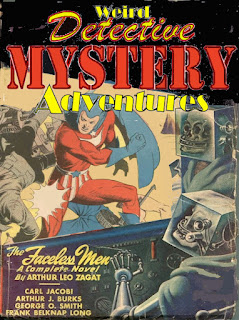 Again, it was not entirely my idea, but rather a montage of sorts. I sent my idea to a real artist and then tried my hand at coloring it. 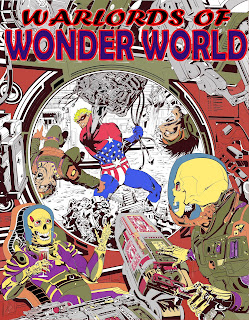 I then reached out to my consultants (personal friends) who... told me to have the cover professionally colored. In fact, they want the cover of the core game recolored also. My colorist did that good of a job on the Modern Thrills cover that my own efforts no longer seem up to snuff. Here is the new cover... 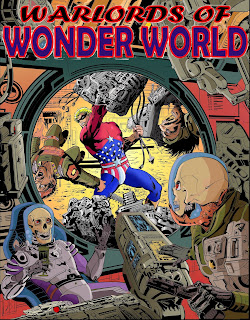 At some point I will stop spending money and start making it. It may take a year or so. I but two weeks or so, I will finally have something to sell.