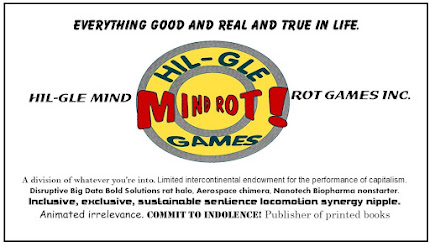 Brave Sam and myself had a great time at DIECON.  We met a lot of interesting folks and even sold a few books.  I would like to thank everyone who played in our inaugural demo sessions. The same scenario will be run at several sessions during the upcoming GENCON in Indianapolis.

We are headed to Planet Funk in the Quad Cities at the end of the month. We may have some details to announce about that appearance coming shortly.

The Printers Row Lit Fest is the largest free outdoor literary showcase in the Midwest. It will be taking place along Dearborn Street, from Dearborn Station to Ida B. Wells Drive (formerly Congress Parkway). HIL-GLE will have its very own table on the sidewalk (somewhere) where yours truly will be sitting with copies of our masterpiece Weird Detective Mystery Adventures and absolutely no protection from the environment whatsoever.  I will possibly be rained on, melted, or pelted while an estimated 100,000 people walk by… hopefully one or two buying a book. In any case, I am hoping that it will be quite an affair. This momentous event will mark the end of our summer promotional campaign, after which we will award our fine raffle winner.

Later this week, perhaps Saturday, HIL-GLE will be filming the Weird Detective Mystery Adventures movie. Weird Detective Mystery Adventures, the movie would cost Major Studio Dollars at the standard length of one and 7/10th hours, features a cast and is replete with many pre and post-production effects, including but not limited to a rented car. A screening of this film may appear in multiple venues as it is intended for the widest release possible. Our hearts are already pounding in anticipation!

Posted by Ajax Telegraph at 6:18 AM